Community Policing In The Blogosphere 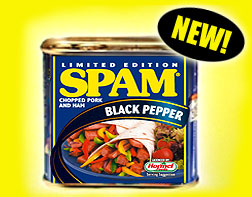 Why couldn't Blogger or Six Apart or a firm like Technorati add all of the new blogs they register to a queue to be examined using Amazon's Mechanical Turk service? I'd love to see someone at least do an experiment in this vein. The only catch is that you'd want to have each blog checked more than once to prevent spiteful reviewers from disqualifying blogs that they didn't agree with.
(read the rest)

The catch indeed is that the incentive is high for a system like this to be gamed. Shortly after blogger implemented their flag, spammers fired laughed back with bloggerbowling:

"Bloggerbowling" - the practice of having robots flag multiple random blogs as splogs regardless of content to degrade the accuracy of the policing service.

As previously cited from Cory, all complex ecosystems have parasites. So I've been thinking about what it would take to do this effectively, what would it take overcome the blogosphere's parasites bloggerbowling efforts? The things that come to mind for any system of community policing are about rewards and obstacles. For example I've participated in virtual communities of many flavors for years (in fact, Cory and Rafe are familiar faces from over a dozen years ago on The WeLL, back then I was newbie amongst oldtimers). Virtual communities work well when there are social bonds, when there is accountabiity and reputational capital that gets put on the line. The stronger those factors, the greater the motivation for community policing. Who's motivated to police the blogosphere? Obviously, Technorati is motivated; if the up-to-the-minute is up-to-it's-neck-in-crap, the value diminishes quickly. Another class of motivated users are folks like Doc, authors of narrative ripped off by kleptotorial sploggers. The last class of motivated ecosystem participants that comes to mind are the victims of click fraud, from what I've heard their outcomes to date have been lotsa free ads and their lawyers fetching fat fees.

At the end of the day, I don't have the answers. But I think Rafe, Doc and so many others concerned with splog proliferation are asking great questions. Technorati is currently keeping a tremendous volume of spam out of its search results but, at the end of the day, there's still much to do. And this post is the end of my day, today.